Each year, the world’s top up-and-coming creatives are chosen to be part of the Creative LIAisons program at the LIA awards.

100 incredible talents are brought together for a jam-packed program of inspiration. And this year, on October 6, we’re appearing as part of it – bringing our practical training, and cohort of world-class rare talent, to the mix.

Blair Imani (Author and Historian)
17:10-18:10
Leadership Module Two: How to get what you want 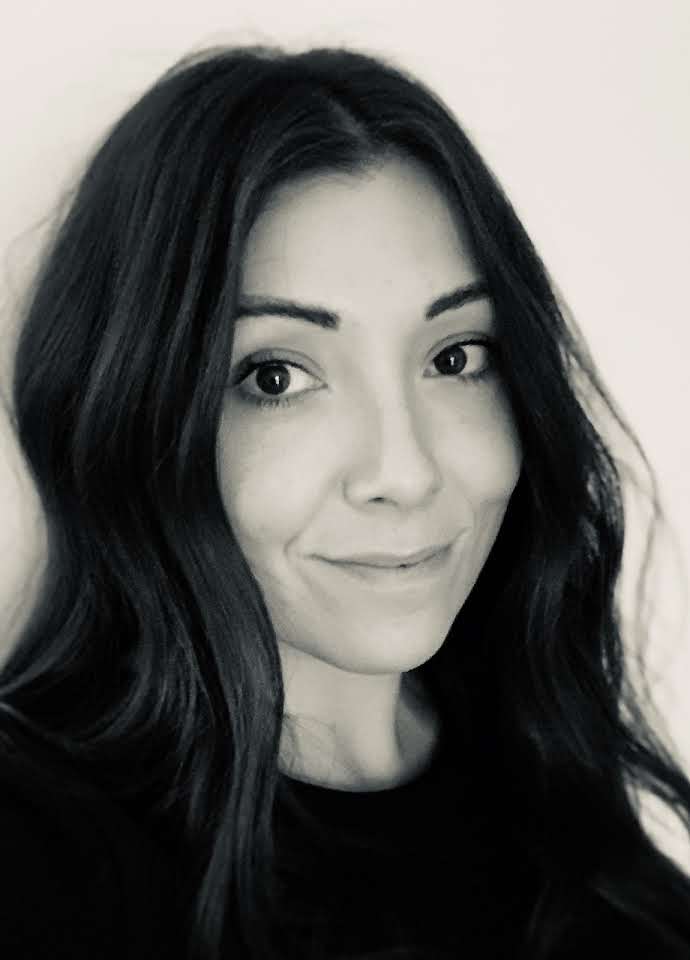 A copywriter by trade, Stefanie has worked across most of Melbourne’s top advertising agencies, including Clemenger BBDO and DDB. Her entrepreneurial spirit has driven her to found businesses, like Melbourne’s first copywriting agency, Apostrophe. Her love of travel has led her to work abroad – most notably, as Global Creative Lead on Nike Women, out of AKQA London. And her impatience for equality saw her co-found Rare – a side-hustle that grew into Google's global diversity and inclusion platform. Her work has been recognized at every major international award show. She’s sat on a number of award juries, including D&AD and ADC. And she speaks regularly at global conferences, from Semi Permanent to Cannes. 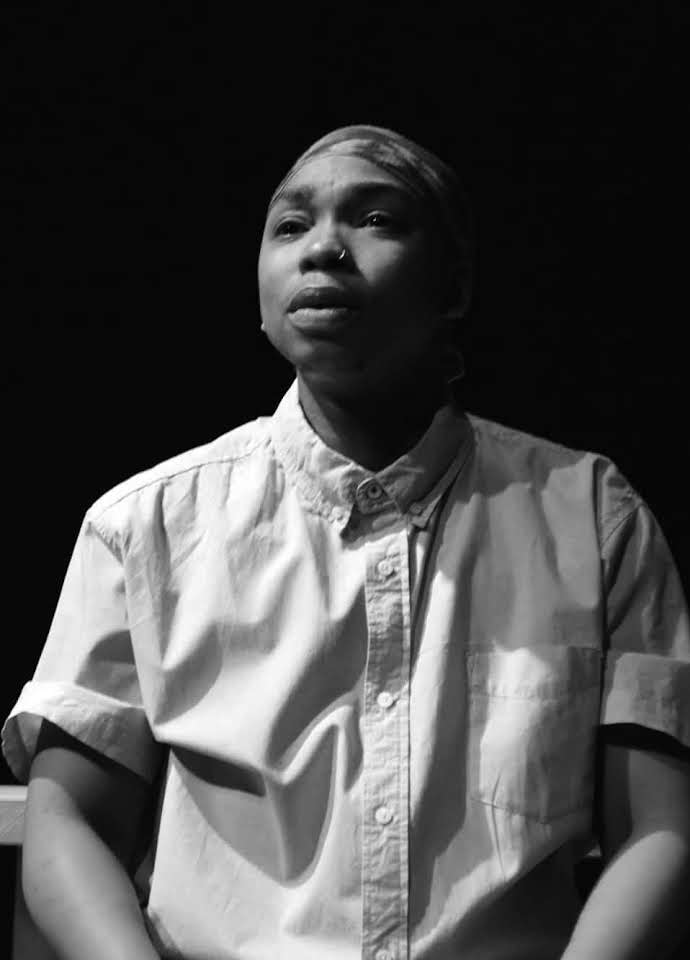 Samson Bonkeabantu Brown is a self described, Jamal Of All Hustles, with a primary focus on trans advocacy and the arts. He uses the arts (acting, tap dancing, playwriting, stage and production managing) to create visibility for men of trans experience and to educate the general public on trans issues. 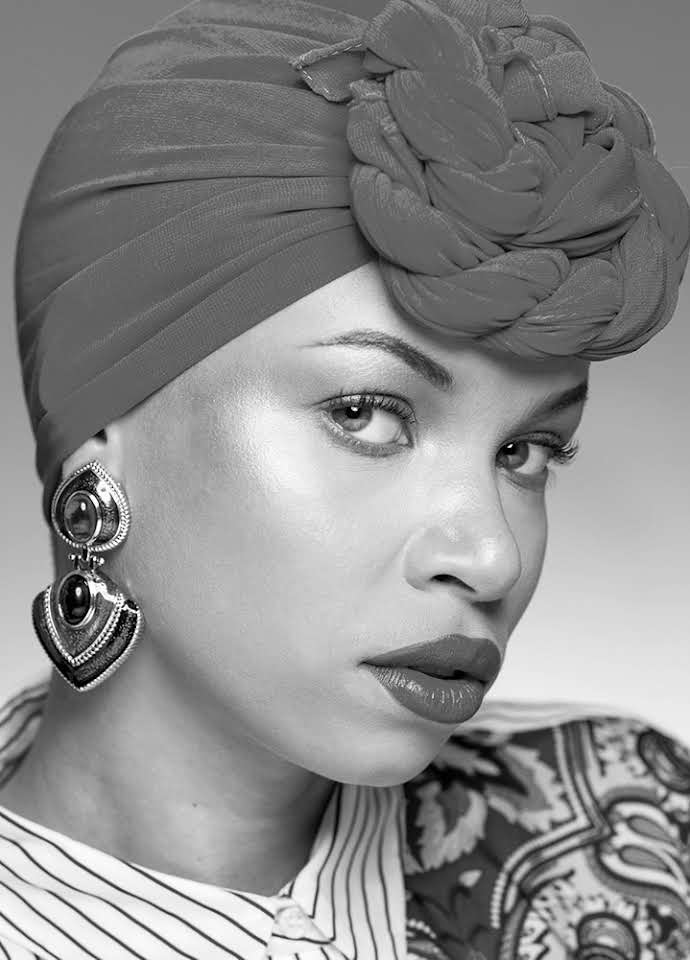 Blair Imani is a critically-acclaimed historian, outspoken advocate and activist, and dynamic public speaker. The author of two historical books: Modern HERstory: Stories of Women and Nonbinary People Rewriting History (2018) and Making Our Way Home: The Great Migration and The Black American Dream (2020), she centers women and girls, global Black communities, and the LGBTQ community. She is the co-host of America Did What?!, an educational podcast and anti-racism initiative with Kate Robards. Blair has appeared on Fox News and MSNBC, presented at colleges and universities, spoken at conferences around the world, and delivered powerful talks for organizations and brands including TEDx and GLAAD. 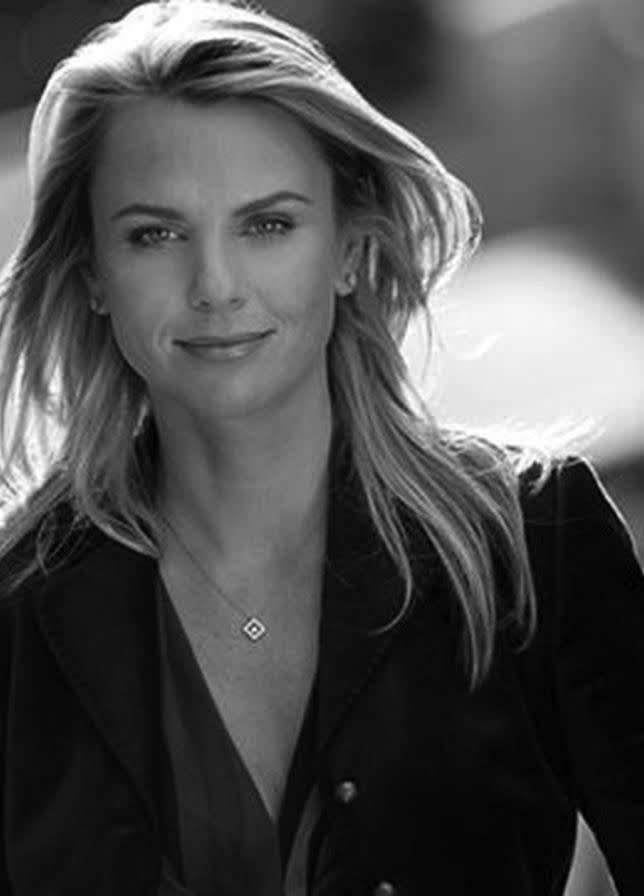 Lara Logan's candid reporting, often from the most dangerous places in the world, has earned her a prominent place among the world's best foreign correspondents.

In her role at 60 Minutes and in other reporting roles, Logan helps us understand the political and human conflicts around the world, including Pakistan, Iraq, Afghanistan, Israel, Palestine and Egypt.

Totally committed to any story she reports on, she lived in Iraq for five years at the height of the violence. She was one of the few journalists in Baghdad when the U.S. Military entered the city, reporting live in the square as the statue of Sadam fell.

Logan has earned almost every journalistic and reporting award, among them are the highly prestigious duPont-Columbia University Silver Baton, the Overseas Press Club, multiple Emmys and the RTNDA/ Edward R. Murrow Award – just to name a few.

Her fearless determination to get the story from its vortex, no matter how dangerous, has often put Logan herself in great personal danger. In Tahrir Square in Egypt in 2010, she came close to death when she was beaten and sexually assaulted by a huge mob while reporting for 60 Minutes on the Arab Spring.

She is a journalist who heads straight into hostile places not for spectacle, but for the sake of the audience understanding the real issues of our time, Logan is an insightful interpreter of international current events and a fearless interviewer asking tough questions of today's most powerful people. Her honesty, bravery and heroics are legendary. She fights for the rights of all humans around the globe. 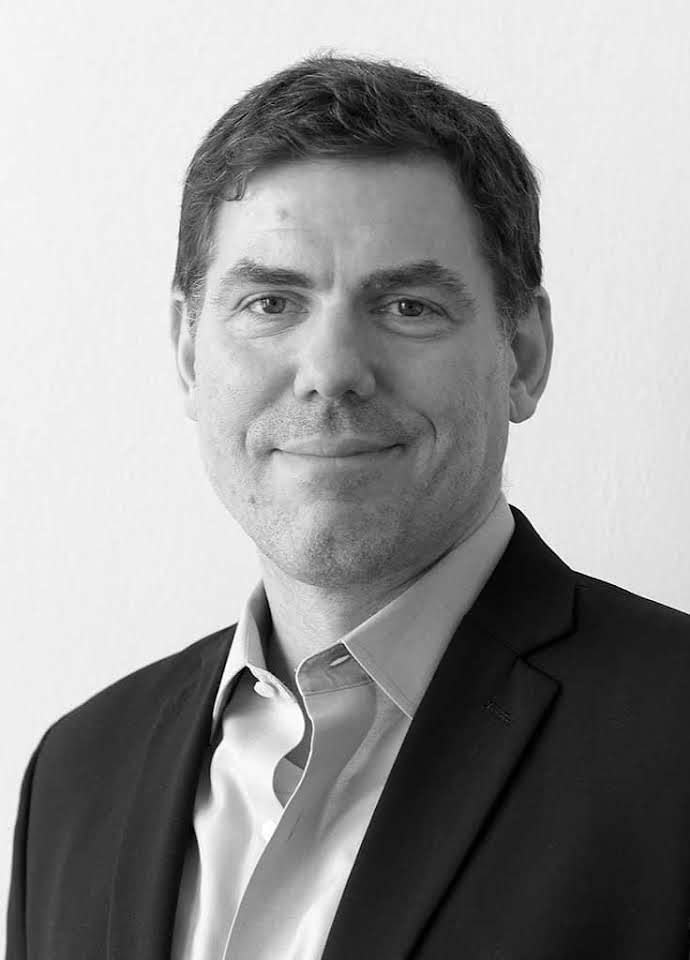 David Slocum is the Faculty Director of the Berlin School of Creative Leadership (Steinbeis University) from October 2016 until February 2019, after which he will remain on our Board of Advisors and continue to collaborate as faculty member. Slocum designs, leads, and teaches executive training programs, and is a certified executive coach, with a focus on leadership of the creative and media industries. A sociologist and historian of media, Slocum’s research and teaching have focused broadly on the transformation of film, media and communication industries, the organization and leadership of creative businesses, and the education and training of creative leaders. He also speaks regularly to academic and industry audiences on these topics. His publications, including four books, have examined a range of cultural, historical, and industry issues in media and entertainment. He is currently writing a history of creative leadership.

Slocum previously served as the director of specialized executive education programs at the George Washington University School of Business in Washington, D.C., where he designed and delivered offerings including the STAR EMBA program for individuals, like professional athletes, with strong personal brands, and the ‘On the Board’ fellows program to prepare senior women leaders for placement on corporate boards. Slocum also spent ten years at New York University, as Associate Dean at the NYU Graduate School of Arts and Science and teaching in the Cinema Studies Department and the Art & Public Policy Program in the NYU Tisch School of the Arts. Additionally at NYU, he served as Director of the University-wide Center for Teaching Excellence, was co-founding director of the Diversity Studies Program, operated jointly with the University of Cape Town (UCT), and coordinated the Graduate School’s global outreach and program design and development efforts. Earlier, he directed and taught in the Graduate Media Studies Program at the New School for Social Research.

Slocum was educated at the University of Michigan, Harvard University, and New York University, where he earned a Ph.D. studying sociology and media. 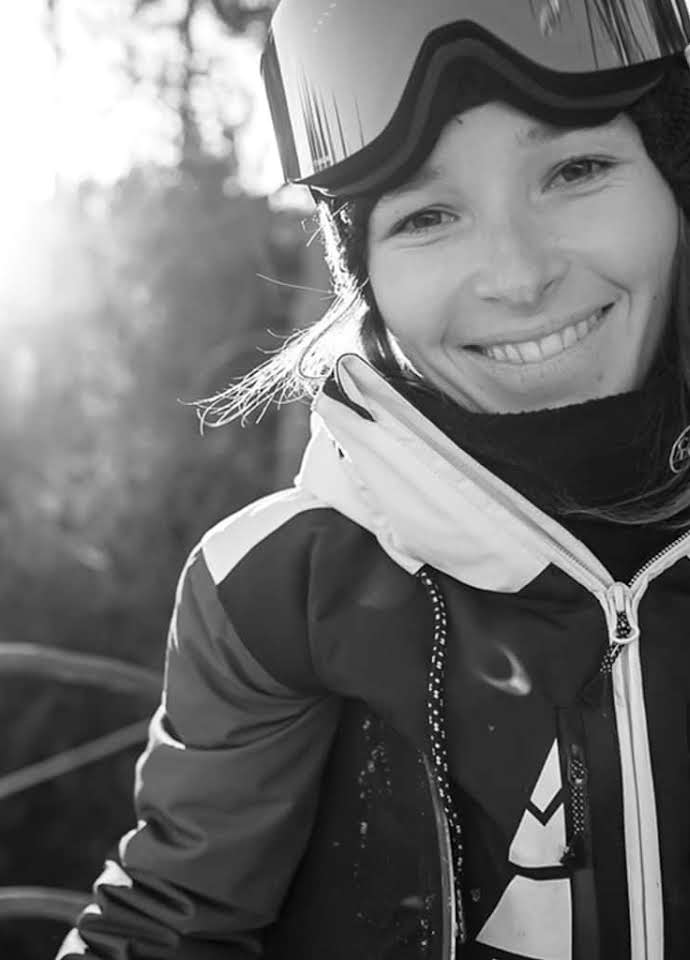 Sarka is one of today’s most well-rounded women’s snowboarders.

Coming from the Czech Republic, she has made quite a name for herself. From her 2010, 2014 and 2018 Winter Olympic showings to her backcountry adventures, Pancochova has proven that she can hang with the best of them. 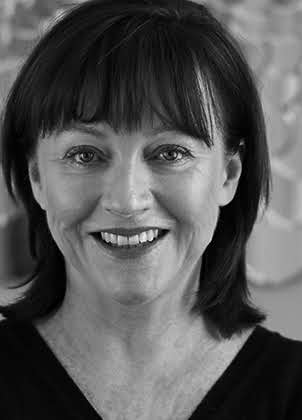 Emma Daines is Founder and Group Managing Director of Fin Design and Effects. Since founding the company in 2001, she as built Fin Design from a boutique design/vfx house in Sydney to today recognised as one of the most well reputed and highly awarded Visual Effects companies in South East Asia which now includes facilities in Melbourne, Shanghai and Singapore.

Emma’s experience in the Advertising Industry spans nearly 30 years working in leading Post Production facilities in Melbourne, London, Asia and Sydney and working in Production in Australia, and Asia. Emma is most well noted by her peers for her producing skills with an impressive wealth of knowledge and understanding of high end Visual Effects, it’s technicalities and her ability manage a team to pursue ambitious creative results.

Emma steadfast approach to push boundaries, to stimulate creative and to seek challenges within herself and the people around her make her a standing force in the Advertising industry. 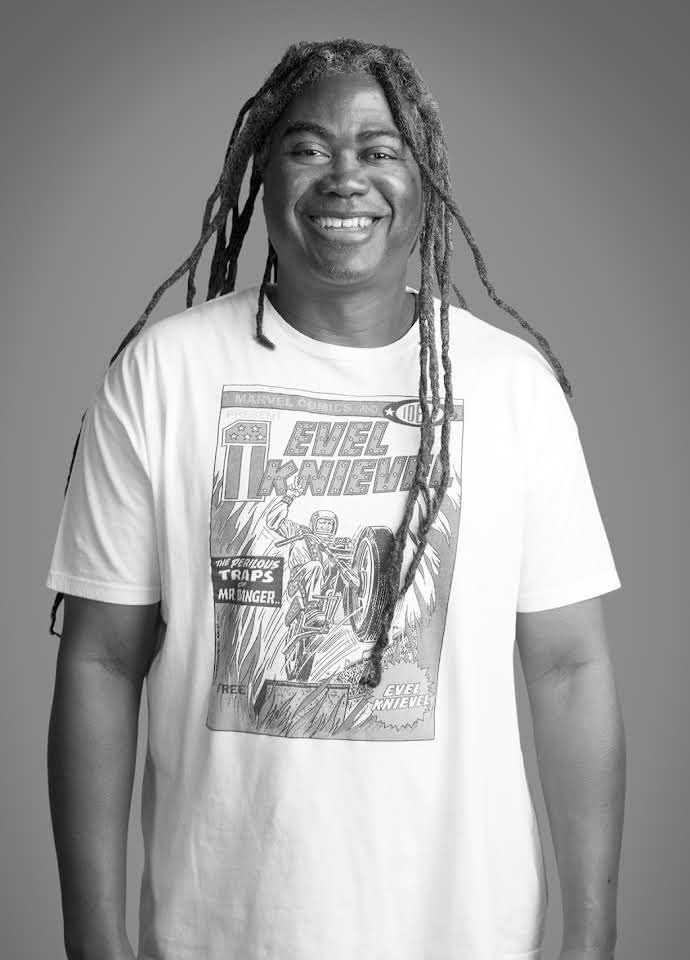 Throughout his career, Jimmy – a 2012 Fast Company Top 100 Most Creative member and One Club For Creativity board member – has worked his magic in a variety of roles as an entrepreneur, environmentalist, creative director, author, video game creator, producer (TV, film and music). His work has been recognized for its fresh advertising approaches (Smithsonian, One Show, Cannes, Clio, D&AD, ANDYs, AICP, TIME magazine), its authenticity in video games (ESPN – EA Sports NBA Street), its TV show originality (Emmy nomination – Gatorade Replay) and for its beauty (Stiftung Buchkunst International Book Art Competition, Copenhagen Museum of Applied Arts – Soul of the Game, Images & Voices of Street Basketball).

In 2013, Jimmy added TV show talent to his list of accomplishments as he appeared weekly as a judge on VH1’s reality series Model Employee. And in 2016 – thanks to Harman International – his company’s newly formed record label, Amusement Park Music, debuted its first hit single, “Bigger Than Us,” by Dame D.O.L.L.A. (Different On Levels the Lord Allows).

On July 30, 2016, Amusement Park Entertainment, Mondelēz’s Stride Gum, FOX and YouTube brought to the international stage, Heaven Sent. In this epic live event, world renown skydiver, Luke Aikins, jumped from 25,000 feet with no parachute, no wing suit … nothing but the clothes on his back … and landed safely. It also landed a Guinness World Record.

In 2019, Jimmy and his partners turned their focus to the environment by launching Genesis 1 Oil Services, LLC (branded Genesis 1 Day Won™). Genesis 1’s technology seeks to clean up the planet and end global warming by providing more oil – clean oil. While it may sound counterintuitive that a new oil company could be the vaccine for Mother Earth’s ills, nevertheless, it’s true. We’ve discovered that which was defiled can now be cleaned.

As you’ll often hear Jimmy say, “Jesus has hooked a brotha up!” 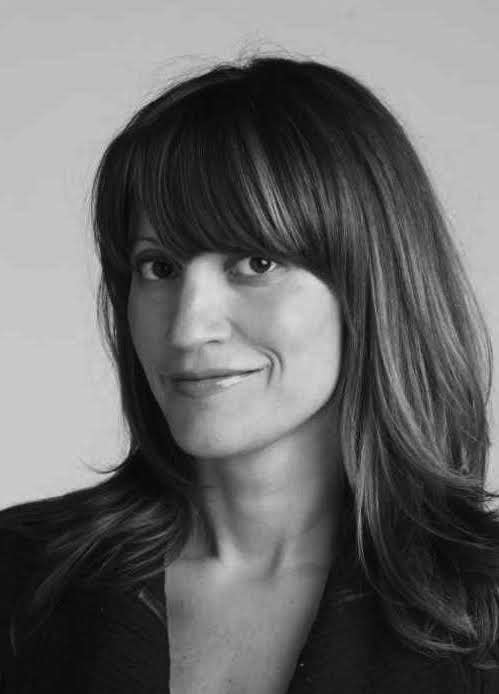 Tiffany Rolfe just started in her new role as US Chief Creative Officer of R/GA.

For the last 6 1/2 years she was Partner and Chief Creative Officer at one of the first agency/consultancy hybrids, co:collective. Co helps clients grow by aligning organizations around a distinct story and helping them activate across their organization and in the world. They call the approach Storydoing.

Tiffany thrives on developing strategic creative solutions that lead to business and cultural impact. She is particularly proud of her work with ACLU, following the 2016 election, where she led their brand identity and external campaigns. For the last two years, while co has served as lead partner agency for Puma, she oversaw work including recently launching their social justice platform #TeamREFORM, as well and developing their new basketball brand with Jay Z. Prior to that she lead the work with YouTube, overseeing the highly successful YouTube stars campaign, catapulting YouTubers such as Michelle Phan, Tyler Oakley, and Lily Singh. Other clients at co: include Google, Under Armour, Met Life, MoMA, Timberland, and dozens more.

Tiffany’s work has been featured in the New York Times, in the Wall Street Journal, Huffington Post, Advertising Age, Adweek, and more. She has received dozens of awards, including Best of show at One Show, a Grand Clio, and the Grand Prix and Titanium Lion at Cannes. Tiffany was named one of Advertising Age’s “Women to Watch.” She currently is on the board of The One Club, a member of Facebook’s Creative Council, and the Ad Council Creative Committee. 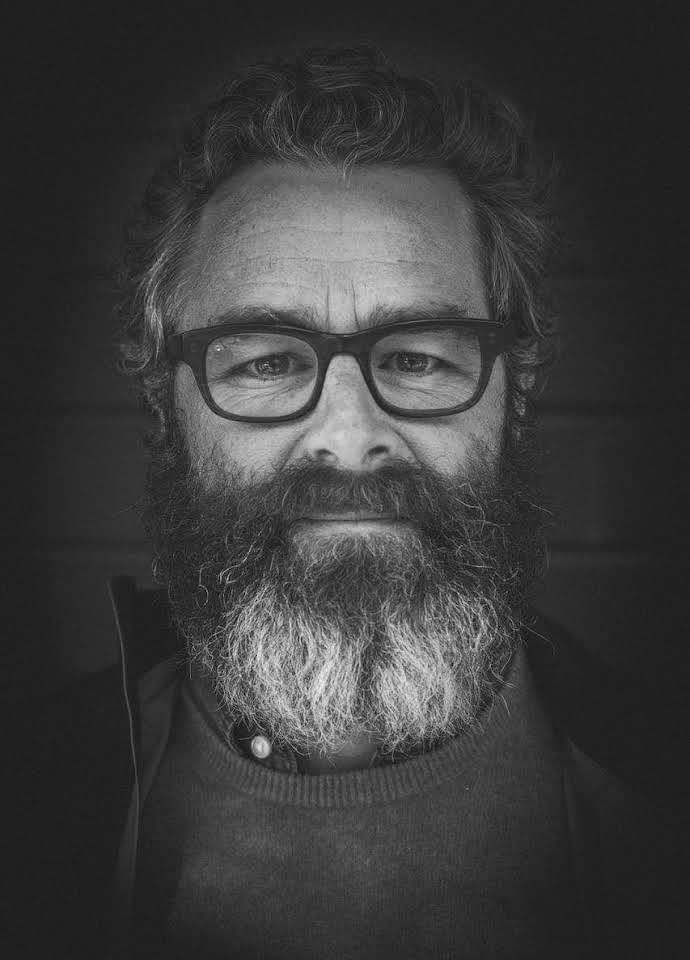 Wilf joined Sweetshop as EP and MD of Sweetshop Australia in 2011, going on to become Managing Partner. Having spent time working in Australia, New Zealand, the US and European markets, he has a global perspective of advertising craft and production, embodying Sweetshop's commitment to be local globally. Under his leadership, Sweetshop Australia won at D&AD, Spikes Asia, One Show, Cannes Lions, AWARD, CAANZ Axis, AdFest and Clio International. Early in 2018, Wilf was promoted to Global CEO, overseeing the network’s core operations in Los Angeles, New York, London, Shanghai, Bangkok, Auckland, Sydney and Melbourne. Wilf served as Chair of AWARD, Australia’s peak industry representative body for Commercial Creativity, and between 2013 – 2017 sat on the Board of Directors for The Communications Council (Australia’s peak body representing agencies in the marketing communications industry). Wilf has previously judged at LIA, D&AD, Spikes Asia, New York Festivals, AICP and AWARD Awards, among other shows. In 2015, Wilf’s gigantic heart saw him launch The FireFlies Antipodes, extending the advertising industry-driven charity campaign into Australia and New Zealand for the first time. The gruelling six day / 1000km ride raises money for blood cancer charity, The Snowdome Foundation. Wilf and his team of riders completed their third tour earlier this year, riding across New Zealand’s South Island and to date have raised more than AUD100,000. Wilf lives in Melbourne with his beautiful wife and three kids.