Rare practitioners take to the Semi Permanent stage for two thought provoking panels – featuring world-renowned leaders, thinkers and activists – to discuss the power of difference and the importance of heritage. 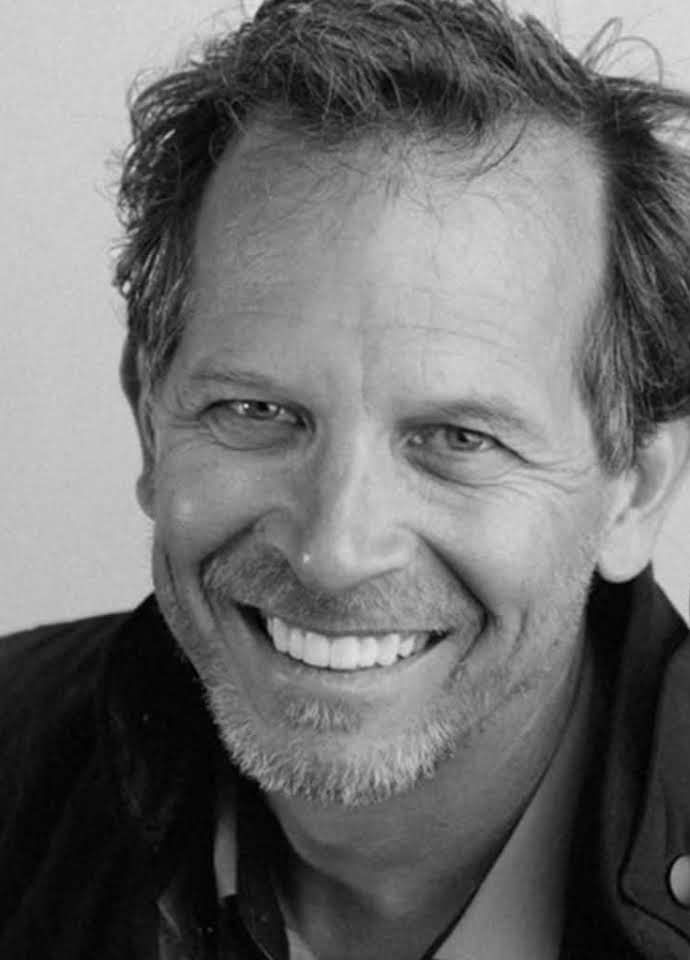 Uber’s new VP of Design, Michael Gough is a former architect who wants to make the sometimes maligned company more empathetic. The future of Uber is far from determined, and the decisions and actions of Gough will help define it.“The core of design is empathy. That’s the starting point no matter what. That will always be how you address any product challenge. The classic way products were developed was you solved functional needs, and then maybe business needs, and then you lean heavily into human needs over time. This arc, all of the [PR] challenges aside, is a natural arc. The next big step is to become a company that’s really, really good at connecting with people and people’s needs.” 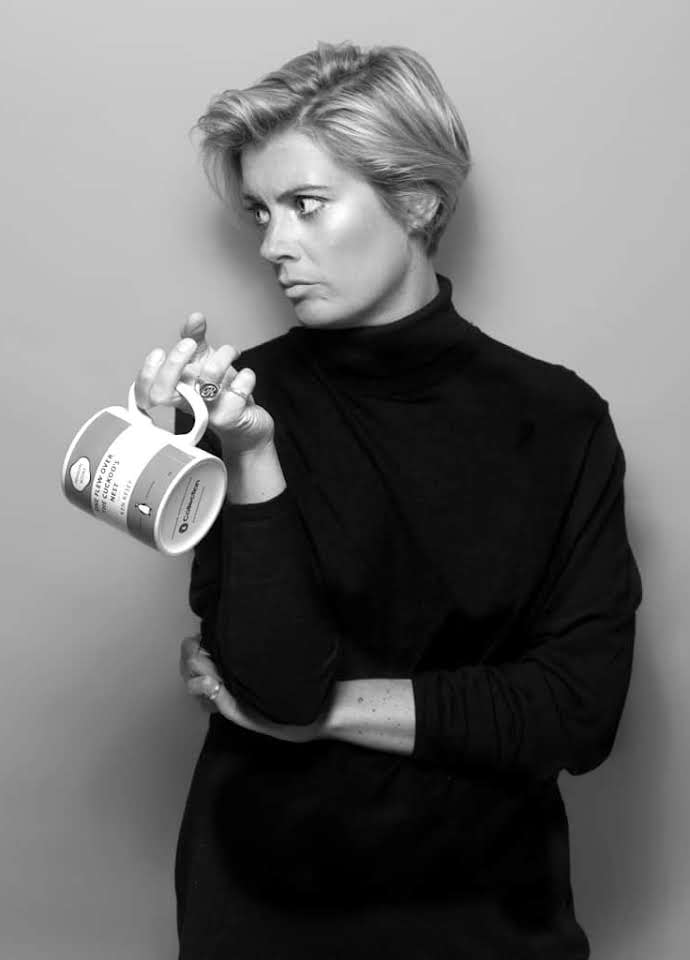 Rosie AKA Food Hacker is known for her no-nonsense approach to educating nutrition, with a unique ability to connect with every generation about how to eat in a way that is realistic, educational and wildly entertaining. She shares her wisdom in her debut book and podcast both titled ‘Food Hacker’.

When Rosie isn’t taking the pretention out of the booming food industry she is passionately using her platform to support the youth mental health and LGBTI communities. 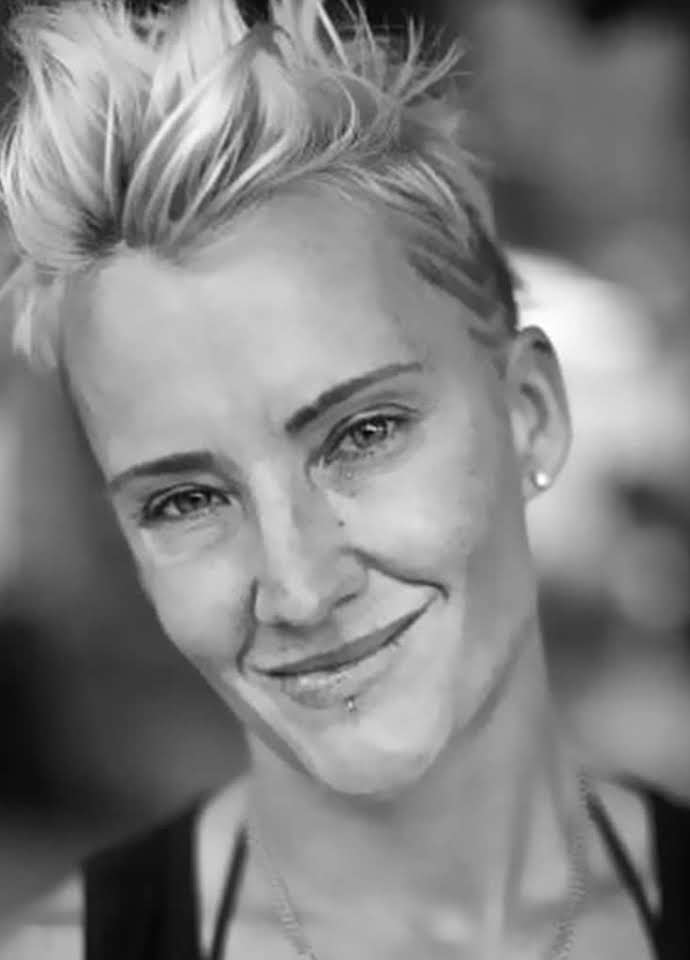 Born and raised in the beautiful Hawaiian islands, Keala is one of the best female surfers in the world and arguably the best female big wave surfer on the planet. Keala spent 11 years competing at the highest level on the ASP World Championship Tour finishing runner-up to the World Title in 2003 and throwing down history-making performances at some of the heaviest waves in the world.

Keala has won three XXL Big Wave Women’s Overall Performance awards. She went on to shatter boundaries even further in July 2015 by towing into one of the biggest waves ever ridden at Teahupoo. Keala made history that day and later by being nominated and then winning the 2016 Barrel of the Year Award at the XXL Big Wave Awards (an award only ever won by men in the past).

Keala currently lives in Honolulu, Hawaii where she strives to be an outstanding positive role model for female empowerment and the LGBT community. 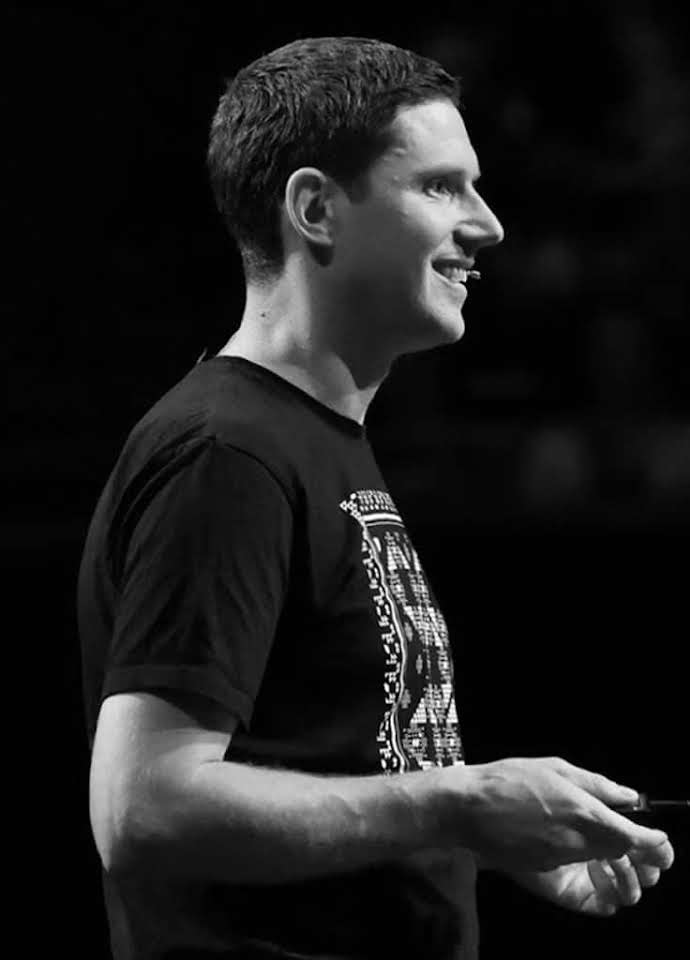 Oliver Percovich first skated in an empty pool at the age of six, while growing up in Papua New Guinea. In 1995 he competed in the Mystic Cup, an international skateboarding contest in Prague. Prior to a life-changing move to Kabul, Oliver worked at the Centre for Risk and Community Safety on emergency management projects for various Australian government departments. In 2007 Oliver moved to Afghanistan from Australia when his girlfriend took a job in Kabul. Bored, he would skate the beleaguered city, and became a sort of pied half-piper, attracting street kids who would follow him around and ask for rides. Shortly after, Oliver founded Skateistan, a grassroots ‘Sport for Development’ project on the streets of Kabul. Today, Skateistan has more than 50 employees worldwide and is an award-winning international organisation with projects in Afghanistan, Cambodia and South Africa. The organisation is the first international development initiative to combine skateboarding with educational outcomes. Skateistan is non-political, independent, and inclusive of all ethnicities, religions and social backgrounds, offering both skating and general education classes for over 1000 boys and girls each week. 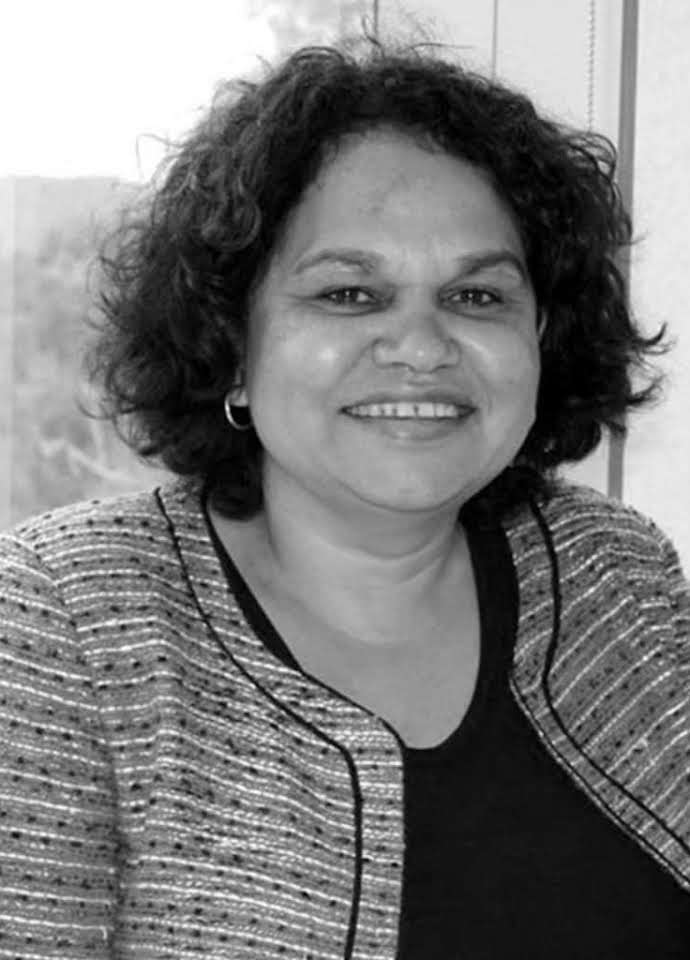 Professor Sandra Eades is a Noongar woman from Mount Barker, Western Australia. She completed her medical degree in 1990 and after working as a general practitioner, started her career in health research at the Telethon Institute for Child Health Research where her focus was on the epidemiology of Indigenous child health in Australia.

In 2003 Professor Eades became Australia’s first Aboriginal medical doctor to be awarded a Doctorate of Philosophy. Her PhD investigated the causal pathways and determinants of health among Aboriginal infants in the first year of life.

Professor Eades was named NSW Woman of the Year 2006 in recognition of her research contributions to Aboriginal communities. She also received a ‘Deadly Award’ (National Aboriginal and Torres Strait Islander Awards) for Outstanding Achievement in Health.

Over the past decade she has made substantial contributions to the area of Aboriginal health and has provided leadership at a national level in Aboriginal research. Both Indigenous and non-Indigenous colleagues acknowledge Professor Eades as a leader and role model in Indigenous health research. 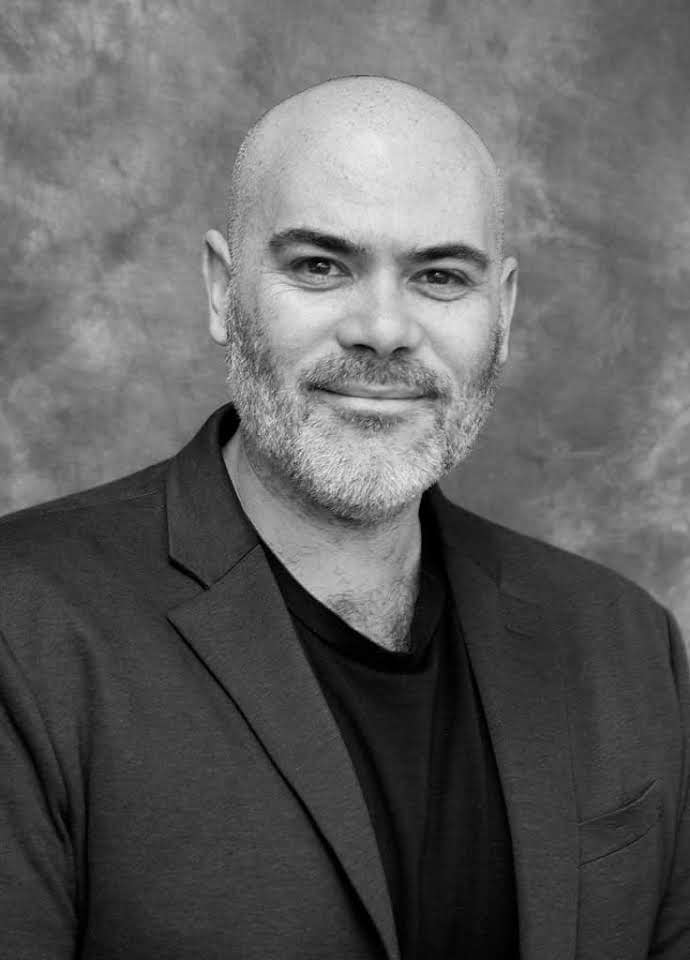 Dr McAullay is a Noongar from Western Australia who has considerable experience in Aboriginal health research, policy and practice. He has worked in a number of senior positions in these areas as well as in the tertiary sector.

He has worked and provided advice to a number of Government departments and non – Government organizations, including large research institutes and has sat on a number of groups providing advice to State and Commonwealth Government in the area of health.

He has a strong health research track record, with his primary research areas of interest including maternal, infant and child health, primary health care and other health services research. He currently works as Director of the Centre for Improving Health Services for Aboriginal Children (Perth Children’s Hospital / University of Western Australia) and as the Principal Research Consultant at Kurongkurl Katitjin, Centre for Indigenous Australian Education and Research at Edith Cowan University. He is a director of the newly formed majority owned Aboriginal and Torres Strait Islander marketing and communication consulting company Mode Black. 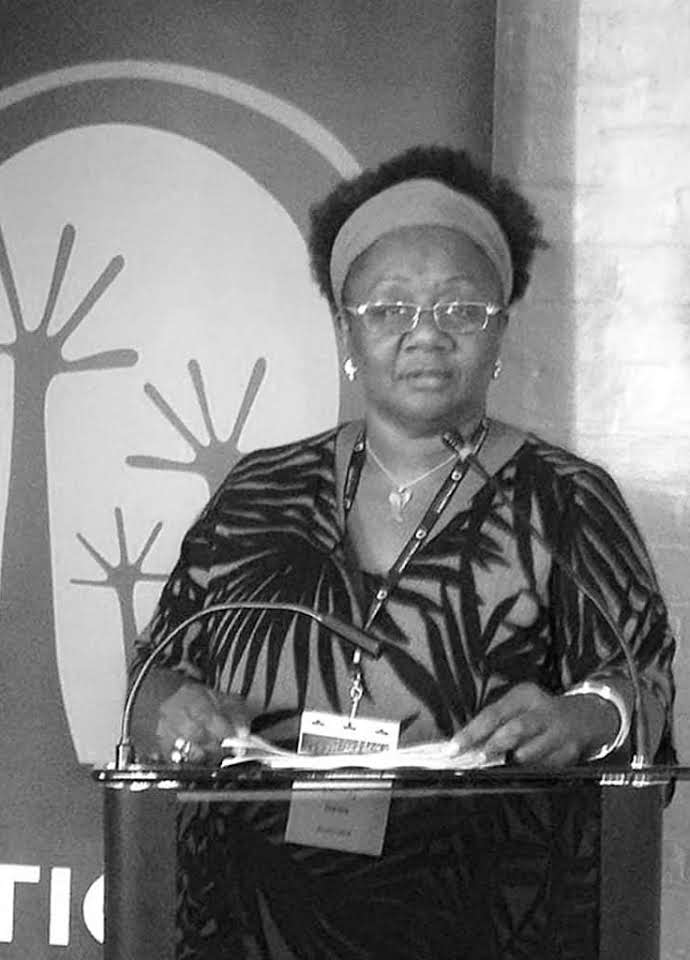 Emelda Davis expertise are in Media and Community development for grassroots focussed Indigenous/ASSI organisations having worked for Federal and State agencies. Emelda’s role as president of the Australian South Sea Islanders - Port Jackson (ASSIPJ) since 2009 has seen the revival of ‘The Call for Recognition’ through five Wantok national workshops between 2012-2015, development of the ASSI National Association constitution, collaboration on NSW Parliament motion by Alex Greenwich Member for Sydney. In 2015 Emelda received the NSW Council for Pacific Communities Award in ‘Community Events’ and ‘Stronger Families’ category. 2015-2017 development and registration of The Lillian Crombie Foundation (TLC) as a board member to assist Indigenous and broader communities facing hardship. 2016 Sydney Local NSW Women of the Year for coordination of Vanuatu and Fiji cyclone disaster relief and continued work in light of her people. 2017 Emelda was the guest speaker for ActionAid Australia ‘She Is The Real Hero’ Celebratory March; World Humanitarian Day. Emelda is currently Masters of Arts research candidate at the University of Technology-‘Children of the Sugar Slaves’ and is a finalist for the 2017 Rotary Inspirational Women’s Awards.

Your difference is your superpower

It's only human to want to fit in. To hide what makes you unusual. To change the way you think and act, in favor of how the majority behaves. But when we bury what makes us different, we limit our ability to evolve – as an individual, and as a society. Here, four heavy-hitting Rare talents share how they defied conformity, embraced their difference, and changed the world.

Nothing influences the way we think, act and create more than our culture. It shapes our experience of the world – in turn, shaping our perspective into one that is unique, and giving rise to ideas that may not occur to others. But how – in the era of global culture – do you honour your heritage and hold on to the cultural nuance that makes you, you? Here, three indigenous talents share why it’s important, and how it’s possible.